This is part three of a three-part investigation into offshore drilling safety. Read part one here. Read part two here.

You might take it for granted that, when the federal government proposes new regulations, it posts them all online where anyone could read them without paying for the privilege or jumping through hoops.

You might assume that, because the federal government is required to give the public a chance to comment on proposed rules before adopting them, it would make it simple for the public to see the proposed regulations in full.

You would be mistaken. 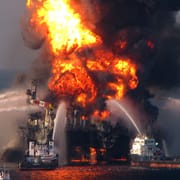 As the Trump Administration seeks to loosen rules governing offshore drilling, it has proposed adopting safety standards written by the American Petroleum Institute (API), an advocacy group for the oil and gas industry. But the text of the copyrighted API standards is nowhere to be found.

As the Project On Government Oversight reported previously, when the government issued a notice of rulemaking in May laying out its plan to adopt standards written and copyrighted by the American Petroleum Institute (API), an oil industry lobby, it didn’t publish those standards for all to see. Instead, in legal jargon, it incorporated them “by reference.”

In the public notice, the government offered to make the documents available for inspection—at an office in Loudoun County, Virginia.

This is the story of what happened when POGO set out to take the government up on that offer.

Spoiler alert: The government did not seem to be expecting anyone.

In 2010, the Deepwater Horizon drilling rig exploded in the Gulf of Mexico, killing 11 people and triggering one of the worst environmental disasters in history. Oil spewed into the Gulf for months, and the rig’s blowout preventer, which was supposed to close the well and prevent an uncontrolled spill, failed.

In 2016, the Obama Administration adopted new safety standards meant to reduce the risk of blowouts.

In May 2018, the Trump Administration proposed loosening safety standards for offshore drilling. It said its “deregulatory action” was intended to change or eliminate “regulatory provisions that create unnecessary burdens,” and it estimated its proposal “would save the regulated industry $98.6 million annually over ten years” without compromising safety. As part of its plan, it said it was incorporating API standards.

To see them, we didn’t have to go to Sterling.  There were alternatives.  But each of them had drawbacks. As the stakes get higher, and as memories of the Deepwater Horizon fade, blowout preventers may provide a false sense of security, leaving offshore workers, coastal economies, and the environment at risk. The Trump Administration’s plan to ease safety requirements would place even greater faith in technology that is inherently risky.

Read Part 1 of this investigation

In the official notice published in the Federal Register, the Administration said copies of the API standards could be purchased from API or viewed for free on the API website.

Purchasing them would cost hundreds of dollars. Viewing them for free would require giving API personal information and entering into a contract with API that could open the user to a federal lawsuit for, say, trying to “store” or “transmit” the API documents.

It would allow members of the public only read-only access—no cutting, pasting, printing, copying, or saving—significant handicaps when working with technical documents that total hundreds of pages.

The Interior Department agency managing the rulemaking is the Bureau of Safety and Environmental Enforcement, or BSEE—pronounced “Bessie.” BSEE offered two other options:

“For the convenience of members of the viewing public who may not wish to purchase copies or view these incorporated documents online, they may be inspected at BSEE’s office, 45600 Woodland Road, Sterling, Virginia 20166, or by sending a request by email to [email protected].”

POGO wrote to [email protected] on August 6, 2018, requesting copies of the API standards. POGO has received no response. Meanwhile, the time allotted for public comments on the proposed rule change has expired.

POGO asked API about this process. Why does the industry group impose conditions and restrictions on the public’s access to the standards? Would API allow the government to publish the standards in full? Has BSEE asked API for permission to do that?

However, in an email to POGO, API said it goes beyond a federal requirement. API pointed to an Office of Management and Budget circular giving guidance to federal agencies. The document lists factors to consider when assessing whether an industry standard is “reasonably available” to interested parties. The first of the factors listed, API noted, is whether the developer of the standard is willing to provide free, “read-only access” on its website during the public comment period. API said it does—and that it leaves them online after the comment period.

Picking up where we left off in our last story, on August 24, this reporter drove to 45600 Woodland Road in Sterling, Virginia, which is in Washington’s metropolitan orbit but well beyond the famous Beltway.

According to Google Maps, it’s 32.5 miles from Capitol Hill. I drove from suburban Maryland, but if you started in the heart of the nation’s capital, heading outbound during the morning rush hour, Google says it would take you about 45 to 65 minutes to get there by car. It’s unclear whether Google’s estimate includes stops to pay tolls. By a combination of Metro train and bus, the trip would take about two hours and 20 minutes, Google says.

(Depending on your starting point, it could take longer. For example, if you’re coming from San Francisco, the driving distance is more than 2,800 miles.)

I arrived at the security desk in the office building’s lobby at 11:14 a.m., identified myself as a journalist from POGO, showed a copy of the notice from the Federal Register advertising the documents’ availability, and asked to see them.

The security guard at the front desk had no idea what I was talking about. He asked if I had an appointment.

The notice in the Federal Register didn’t say anything about needing an appointment.

The guard tried to turn me away.

At my request, the security guard called his boss, who he described as head of security for the building.

The guard said he couldn’t let anyone in the building without an appointment.

In time, the guard’s boss, Thomas E. Gandy, appeared at the front desk. Gandy explained that he, too, was at a loss to provide access to the documents.

“I do not know who does that,” Gandy said. He said could get a phone number for public affairs—an office that typically fields inquiries from journalists—but that the public affairs person was not in that day. He suggested I send an email.

“I don’t even know where those records are,” Gandy said. “I don’t know who to send you to.”

“If this says you can come here,” he said, referring to the public notice, “you should be able to come here.”

Gandy took a page from the public notice and left to look into the matter.

Later, BSEE regulatory analyst Kelly Odom arrived in the lobby and said she keeps the records. She said she could email them or provide them on a disc. When I asked for copies, too, she warned that they are like a phonebook in size. She said she would make a disc while I waited.

As it turned out, it wasn’t that simple.

Instead of returning with a disc, Odom explained that she couldn’t provide copies after all. I could hand over my driver’s license to security to be admitted to the building and inspect the records in BSEE’s offices, or I could read them in the lobby. I signed in and was escorted up the elevator to a large, quiet, and sparsely populated wing of offices, desks, and cubicles.

Odom explained that sending a request by email to [email protected] was not a way to obtain copies, but rather a way to arrange to inspect the documents in person, potentially at a more convenient location than Sterling.

Odom said BSEE could not publish API’s standards in the Federal Register because of copyright issues, “but they’re letting us incorporate them.”

(Very generous of them, I thought. The fact is, API and other industry groups urged BSEE to incorporate and defer to API’s standard on blowout preventers. “Eliminate any requirements that exceed API 53,” API and six other industry groups asked in a September 2017 presentation to BSEE. But I digress.)

Odom said that, as far as she knew, this was the first time anyone had asked to inspect the standards.

We had been joined by BSEE public affairs specialist Holly Fowler, who shared a similar observation.

“Nobody comes out to Sterling. You’re like our first outside visitor ever,” Fowler said.

That didn’t reflect any lack of public interest in the proposed offshore rules changes. BSEE received about 118,000 comments from the public, Odom said. (A federal website shows 46,813 public comments.)

BSEE staff brought out thick folders of standards and placed them on a round table. Then they caught their mistake. They were the wrong files. 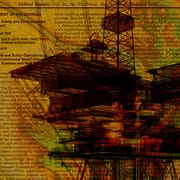 Further reading: a Project On Government Oversight examination of the fine print, explaining the highlights of the Trump Administration’s proposal.

Read Part 2 of this investigation

Fowler, the public affairs specialist, said I could not photograph any portions of the documents.

I was allowed to study them under the supervision of a rotating team of minders. One of the officials on hand was Doug Morris, chief of BSEE’s Office of Offshore Regulatory Programs.

I asked if he could explain one of the proposed rule changes. He said he assumed it “came from industry,” and he suggested I ask industry.

When I opened the first of the API documents, I discovered that the API standards BSEE had printed—the ones listed in its notice of proposed rulemaking as incorporated by reference—did not provide a complete picture.

“The following referenced documents are indispensable for the application of this document,” API Standard 53 said.