Four people who participated in the earlier meeting as temporary committee members, including experts who raised questions and expressed concerns about the testing process, do not appear on the “draft roster” of panelists the FDA has posted for tomorrow’s meeting.

Meanwhile, there will be new faces. The FDA has added 10 temporary committee members who did not participate in the earlier meeting.

The changes in the lineup raise concerns, Diana Zuckerman, president of the National Center for Health Research, said in answer to questions from the Project On Government Oversight (POGO).

“It is not unusual for temporary members of FDA Advisory Committees to change, but seems surprising since the issues they are considering at the Oct meeting and tomorrow are so similar,” Zuckerman said by email.

Zuckerman’s organization analyzes the safety and effectiveness of pharmaceuticals and other medical products.

POGO asked the FDA whether the disappearance of some people from the advisory committee lineup had anything to do with any questions, concerns, or opinions they have expressed. In response, an FDA spokesperson did not directly answer.

The FDA routinely supplements advisory committees with temporary voting members, including “scientists or medical personnel whose expertise may not be represented by the fixed voting membership,” the FDA spokesperson said by email. “Many times, committees need to invite experts who are unrelated to the knowledge and expertise spelled out in the committee charter if a medical product or topic for discussion calls for a specific need for a particular expert,” the spokesperson added.

That does not seem to explain why the FDA would drop temporary voting members it selected to participate in the October meeting. At that meeting, without evaluating any particular vaccine, the committee advised the FDA on how in general it should approach experimental coronavirus vaccines.

Dr. Luigi Notarangelo, an expert on clinical immunology at the National Institute of Allergy and Infectious Diseases, was not invited to participate in the December 10 FDA advisory committee meeting on Pfizer's coronavirus vaccine. He served as a temporary committee member when the panel met in October and minced no words then as he expressed general concerns about the testing of coronavirus vaccines.

One of the experts who participated in the October meeting but will not be returning tomorrow is Dr. Luigi Notarangelo, chief of the Laboratory of Clinical Immunology and Microbiology at the National Institute of Allergy and Infectious Diseases.

“My understanding is that they elected to rotate some of the participants,” Notarangelo said by email in response to questions from POGO.

“I have no reason to think this is personal,” Notarangelo added by phone.

POGO recapped his commentary at the October meeting in a November 2 story, “FDA Whitewashes Warnings About Coronavirus Vaccine Trials.”

Dr. Luigi Notarangelo, a committee member who is a chief researcher at the National Institutes of Health, minced no words as he articulated several of the critiques.
Notarangelo said measures of vaccine effectiveness included in an FDA document the committee was asked to review have two problems.
“First of all, they really are biased—skewed towards mild disease,” he said. “Mild disease may not mean very much.”
“The other problem with those efficacy measures is that most of them are really subjective,” he said. “And I think that’s a major concern. I mean, we’re relying basically upon reporting from the subjects without any objective validation of what they’re reporting.”

At the time, Notarangelo was not commenting specifically on Pfizer’s data.

Another person who served as a temporary member on October 22 but does not appear on the roster for tomorrow is Kathryn Holmes, a professor emerita in the Department of Immunology & Microbiology at the University of Colorado School of Medicine.

“One of the things I have not heard much about during this conversation is infection,” Holmes said at the October meeting. “I’d like to see how we could actually be measuring infection rather than just mild disease. … We should be looking to see what can prevent infection because that is the rubric which would prevent spread through the community most effectively and that is what would protect our elderly as well.”

Holmes could not be reached for comment for this story.

Another person who participated in the October meeting but is not slated to participate tomorrow is Dr. Michael Nelson, president of the American Board of Allergy and Immunology and a physician at Walter Reed Army National Military Medical Center.

At the October meeting, Nelson said “more real-time data might be needed.”

Nelson also noted that, when the acting chair of the committee summarized members’ comments, he omitted “a lot of concern” about an aspect of how vaccine effectiveness was being measured—whether it was focused inordinately on preventing milder cases.

Nelson could not be reached for comment. POGO tried to contact him through the American Board of Allergy and Immunology but did not receive a response. 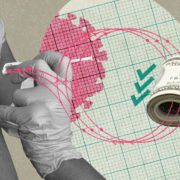 Several members of a panel that will be advising the Food and Drug Administration on whether to approve potential vaccines for coronavirus have a history of financial relationships with companies developing the vaccines.

Some people who participated in the October meeting as temporary voting members are slated to return on a pinch-hit basis tomorrow. One is the acting chair, Dr. Arnold Monto.

Monto, a professor of epidemiology at the University of Michigan, has served as a consultant to Pfizer, according to a federal database. POGO described his past ties to companies developing coronavirus vaccines in an October 21 story, “Some FDA Advisors Tapped to Review Coronavirus Vaccines Received Payments from Vaccine Companies.”

In 2018, Pfizer paid Monto a consulting fee of $3,500, according to the government’s Open Payments database.

The committee will be meeting tomorrow amid heightened expectations that a vaccine is just days away from initial distribution in the United States and that relief is in sight from the devastating pandemic.

At a White House event this week, President Donald Trump essentially said he was putting pressure on the FDA, and he contributed to the sense that FDA authorization is a foregone conclusion.

“We’re just days away from authorization from the FDA, and we’re pushing them hard, at which point we will immediately begin mass distribution,” Trump said.